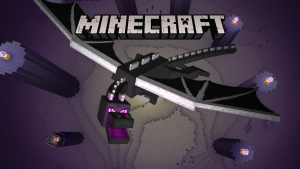 Mojang has announced the they are getting close to releasing an update to Pocket edition and Windows 10 edition taking them to version 1.0!

The next update is going to be a feature packed one, and includes adding The End, where you can battle the Ender dragon! In addition the build height will increase to 256 blocks tall, and they are addition in the wing suit, known at the Elytra. This is just some of the updates coming, so watch out for more news soon.

If you are playing Pocket edition on an Android device you can sign up to play this update early, you can use this link to sign up, but remember its in beta, so it isn’t finished and may still have some bugs in it until it is release.